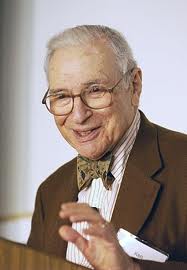 The Arrow’s Theorem of Impossibility takes its name from its creator, Kenneth Arrow that formulated it in 1951 and was awarded with the Nobel Prize for Economics in 1972. Thanks to Arrow’s work, the problem of collective decision-making has become meticulously rigorous and his results, which, as is often the case for impossibility theorems, is slightly destabilizing, is often quoted through paradoxical slogans such as: “The only democratic voting system is dictatorship!”
But what does the Arrow theorem really say? First, Arrow lists a series of axioms that he believes a system of social choice should have to be “democratic”. So a system is perfectly democratic if it respects all of the Arrow’s axioms and all the Arrow’s axioms are respected in a perfectly democratic system. Arrow shows that all these axioms can not be respected simultaneously with the consequence that a perfectly democratic system can not exist. Obviously everything is played on what these axioms are and whether it is really reasonable to claim that they are all respected. The relaxation of one or more of these axioms is characterized by the existing social choice systems used in reality. Formally, the topic of the theorem is a hypothetical social choce criterion. That is, a law that allows you to switch from a set of individual preferences to a set of social preferences. This law could be one of the voting criteria we mentioned in the previous paragraph, for example, the majority. Let’s check one by one Arrow’s axioms, which when are taken individually seem simple and perfectly reasonable. They are features that seem natural to be expected from a social choice criterion. Yet all together, at the same time, have a devastating effect.

Page 1. The power of the agenda

Page 2. Remedies to the paradox: Majority

Page 4. The theorem, a converstional demonstration