The polyvinyl chloride is undoubtedly one of the most versatile polymers, since it mix well with other substances which can alter its mechanical characteristics.

It is once again a thermoplastic polymer whose structure is very similar to that of polyethylene or polypropylene, only that in this case, in place of a hydrogen or a methyl group, we have a chlorine atom.

The pure polymer is particularly rigid and difficult to process, but in 1926 when it was discovered the possibility of add it with plasticizers, its spread was immediate.
It’s a substance very stable at room temperature and, when burned, has flame retardant properties as the chlorine’s emission contrasts the combustion. That same, chlorine, though makes the fumes of burnt PVC dangerous, because it can lead to the the formation of hydrochloric acid or dioxins.

Due to its water resistance is used largely for making pipes, gutters, panels, shower curtains and, before being supplanted by PET, was also used for water bottles.
Its uses range from material to make the “vinyl” phonograph records, in its most rigid form, through floor covering, to tablecloths and films for food.
In the past it was also used as a textile fiber (Movil and Leavil), but such use has been abandoned today. 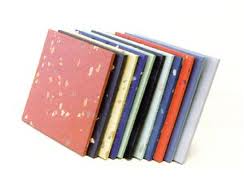 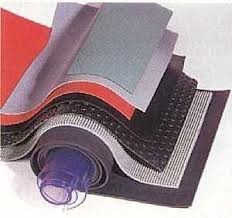 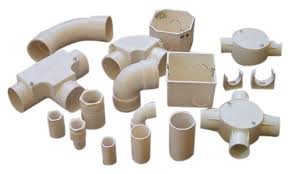 The acronym PET is perhaps the one of which we are a more daily experience as it is the substance of which plastic bottles are now universally made of.
PET too is a thermoplastic polymer, but in this case it is not a vinyl resin such as those seen so far, in which the presence of the double bond was the key to build the polymer chain.
In this case we speak of polyesters, because these molecules are characterized by an ester group [-C[=O]-O-].
PET is constituted by a chain of monomers composed by a terephthalate group and an ethylene group. The fondamental unit appears as in the figure:

where you can see the group terephthalate on the left and the ethylene group on the right. The two groups are linked together by an ester bond of which we said, evidenced by the small circle.

The invention of PET is due to Nathaniel Wyeth in 1973 as a result of his studies to find an unbreakable substance that could hold liquids with added carbon dioxide.
Nowadays PET is widely used for the bottles, but it is also turned into sheets, used as insulation and fiber to make sails, ropes and fabrics, taking the name of Dacron.
It is also used in surgery to make artificial blood vessels. 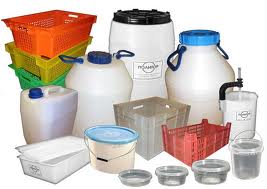