The cycle of plastic 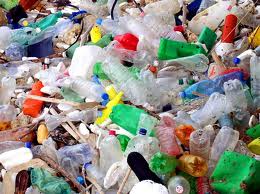 A topic strongly felt today, in an era of remarkable environmentalist sensitivity, is the collection and recycling of plastics.
Though formed from the basic elements of all organic molecules, carbon, hydrogen and oxygen, plastic, because of the polymerization process, is composed of molecules too large to be digested by the bacteria present in the environment.
The result is that the dispersion in the environment of plastic objects involves serious problems of pollution and accumulation of waste.

One way to stem the flow of plastic waste toward the environment is to recycle at least one part of it to uses different from the original destination.

Let’s don’t forget that the recycling of plastic should not be an incentive to make a careless use. Especially let’s don’t disperse the plastic in the environment, as we are warned by the special symbol, shown here, on the packaging. In fact a recycled material is more precious because it is ultimately a material in which to the cost of the raw material, which was paid at the time of its creation, you add the cost of his first transformation into finished products and then the cost of its collection and re-transformation in the recycled product.

In a sense, a product manufactured with recycled material is more valuable than the original!

Plastic materials that are suitable for recycling are essentially thermoplastics. As we have seen, these substances are formed by long polymer chains that are linked together by weak chemical bonds. These bonds weaken even more at high temperature, so that the plastic passes into a liquid state that allows it to be formed and re-formed several times.

After a phase of a collection and sorting, this kind of plastic can therefore be recast and reused.

Let’s notice, however, that the process of repeated heating, as supplies energy to the polymer chains, can cause their breakage and recombination. An original mass of polymer consisting of long linear chains tends to turn into a mixture made from short ramified chains.

The result is a general deterioration of the properties of the matter that now is called “secondary”. So anything that is recycled is usually turned into something of a lower level than the original.

Thermosetting polymers are not suitable for recycling because the polymer chains are linked together by strong chemical bonds and while providing heat to break these ties, you end up with charring the whole mass.

There are also chemical methods which, in some cases, may bring back the polymers to the state of the monomers, but they are not very convenient. In general the plastic which, for one reason or another, can not be recycled, can always be used as an alternative fuel, having a calorific value similar to that of coal.

On the packaging made ​​of recyclable material is now possible to see some symbols that help us to understand what the object is made ​of ​and, if possible, give us guidance on how best to differentiate the collection. The one shown here on the right is the international symbol that identifies recyclable materials, from wood to aluminum to paper to plastic. The symbol on the left indicates that the manufacturer adheres to a consortium for the disposal of packaging. In Italy, regarding the plastic, we have the Corepla, (National Consortium for the collection, recycling and recovery of packaging waste in plastic). Containers of recyclable material today carry internationally recognized symbols, which indicate what the object is made of. Having read the article so far, you’ll know by now how to identify the type of polymer by its initials. The number 07 indicates a non-recyclable material.

All the substances we have seen so far are greatly useful, but when it arrive the time of the end of their use, unless they are recycled and then somehow their life is extended, they become a burden to the environment.
In fact, these synthetic polymers doesn’t find in nature microorganisms able to metabolize them and return to the environment all the substances of which they are composed.
This problem nowadays is a very felt one and they are spreading new materials that, while retaining the mechanical properties of plastics of which we have spoken, are also attacked by bacteria and decomposed as it happens for the simpler organic matter.
Such materials are united by the generic names of bioplastics and we’ll talk about them into the article: “… and a future of (bio)plastic”